With Scenome® Compute Module ($59 US) and the Scenome® Buffer Module ($29 US), you'll be able to build complete GPU compute applications without writing a single line of C++. We even have a series of exercises that shows you how to build an application that uses CPU and GPU compute to solve a real-world problem. 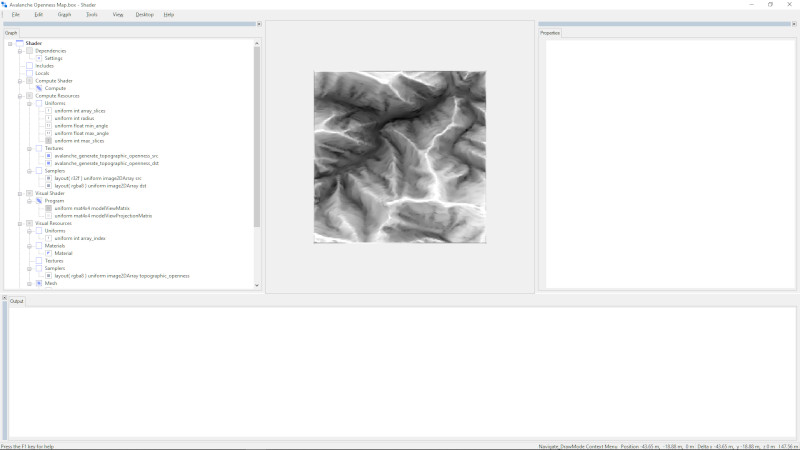 Compute shaders make it possible to use the power of the GPU without advanced knowledge of vertex and fragment shaders. 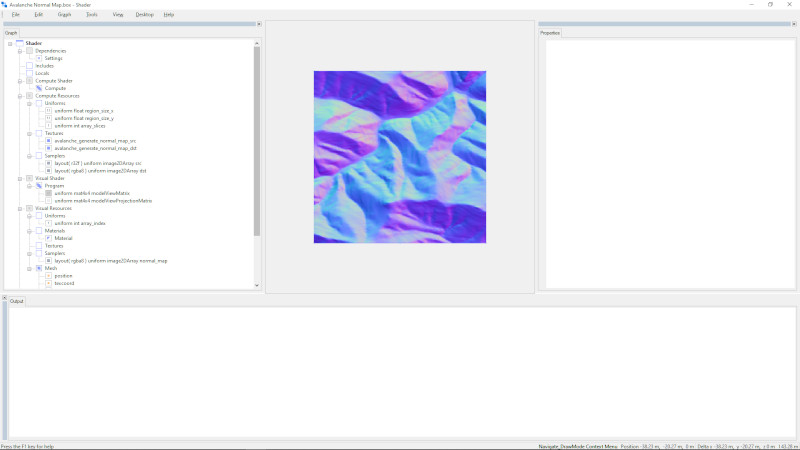 You can use uniform buffers to efficiently set large numbers of uniforms, and you can use shader buffers to allocate and modify large amounts of GPU memory without even touching a vertex or fragment shader. Even better, we've wrapped this all up in a graphical user interface. 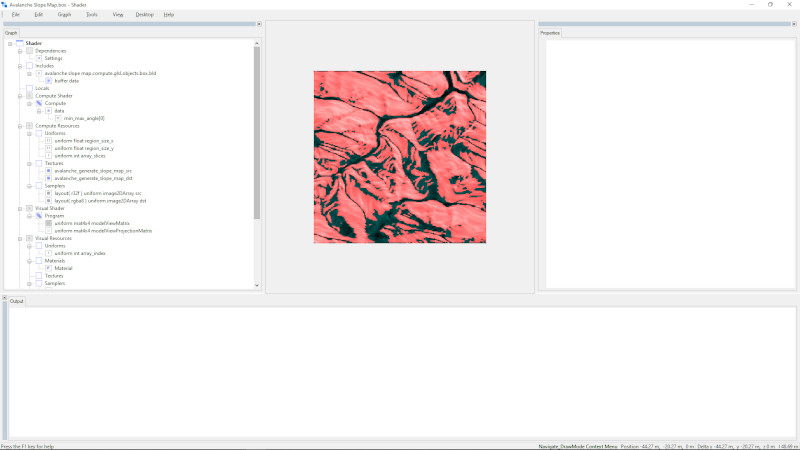 You can access the power of your GPU without writing a single line of C++ code. Scenome Scripting Language has complete well-debugged interfaces to shaders, uniforms, buffers, and much more.


Shader authoring can be challenging, but mostly because shaders are difficult to debug. Or at least they used to be difficult to debug. Scenome® has screen-based and per-invocation debugging for regular shaders and compute shaders. And when we say debugging, we mean being able to see the values computed by your shader, as you move the mouse across the screen. 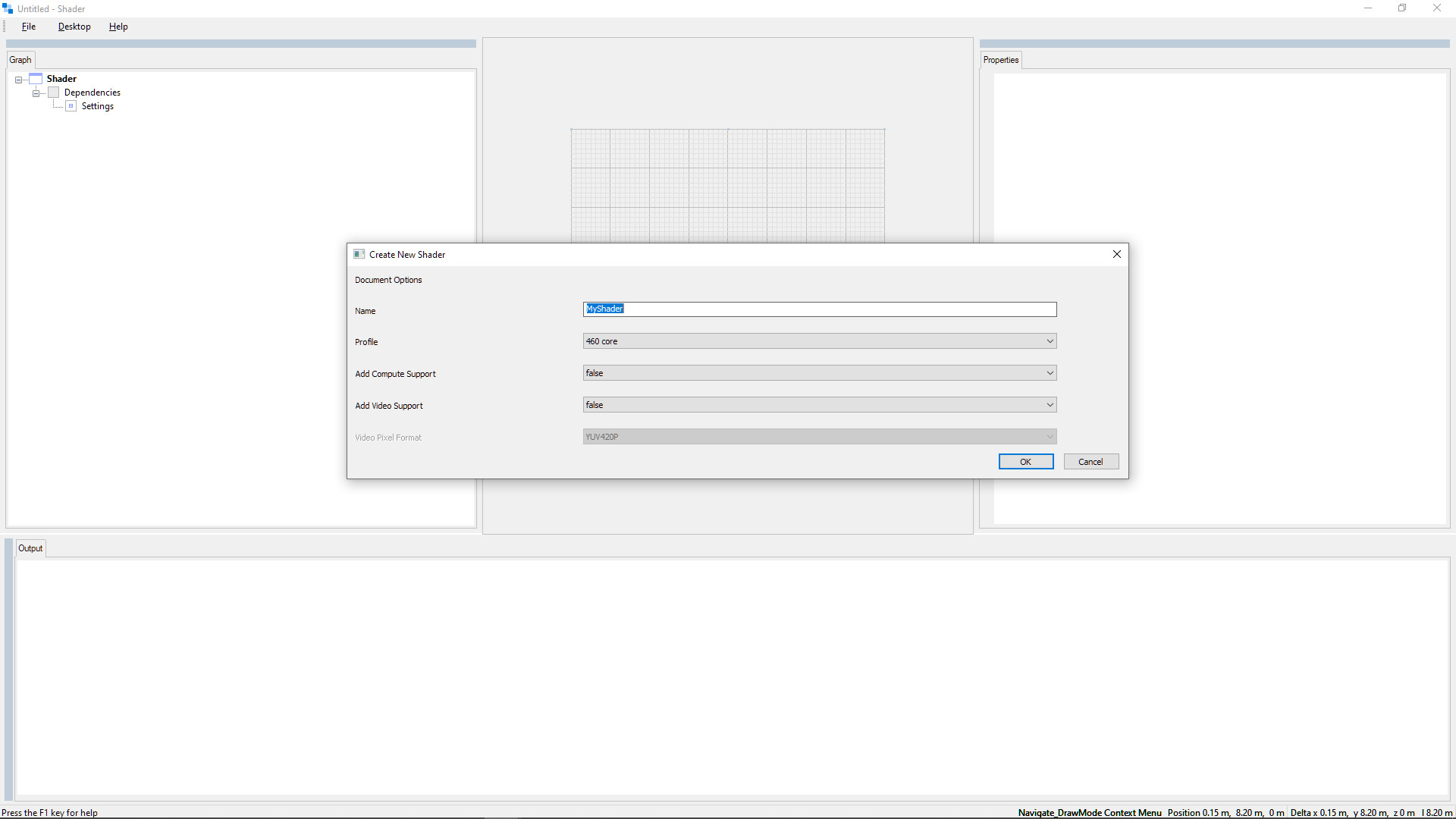 Create a new shader with a simple wizard. Your new shader is running in seconds. Create new shaders for any GLSL version from 100 to 460, including all versions of OpenGL ES. 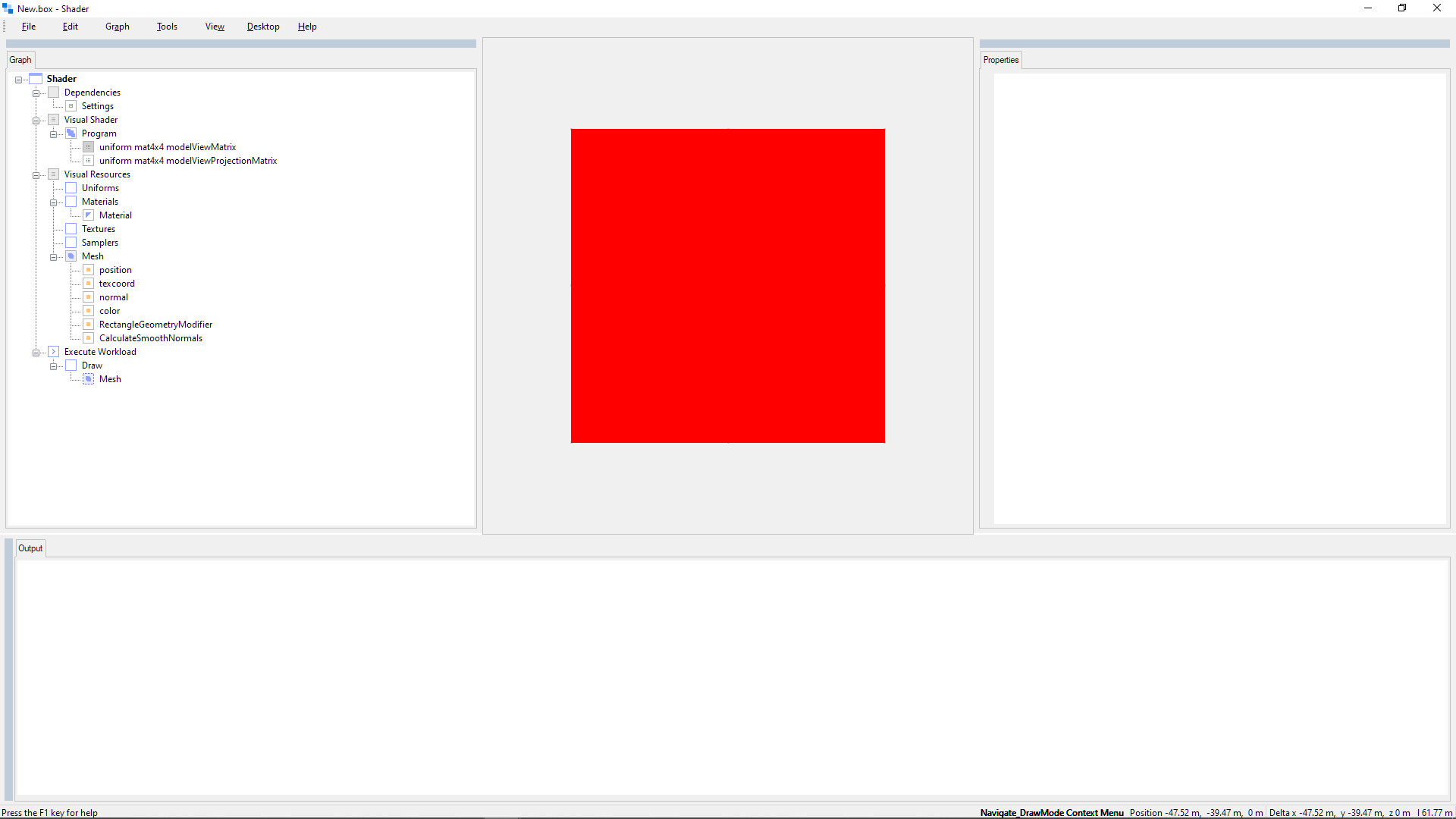 Open the shader in your favorite editor and start writing code. Scenome supports live changes to shader code, and has build tools that keep your document and your shader code in sync. 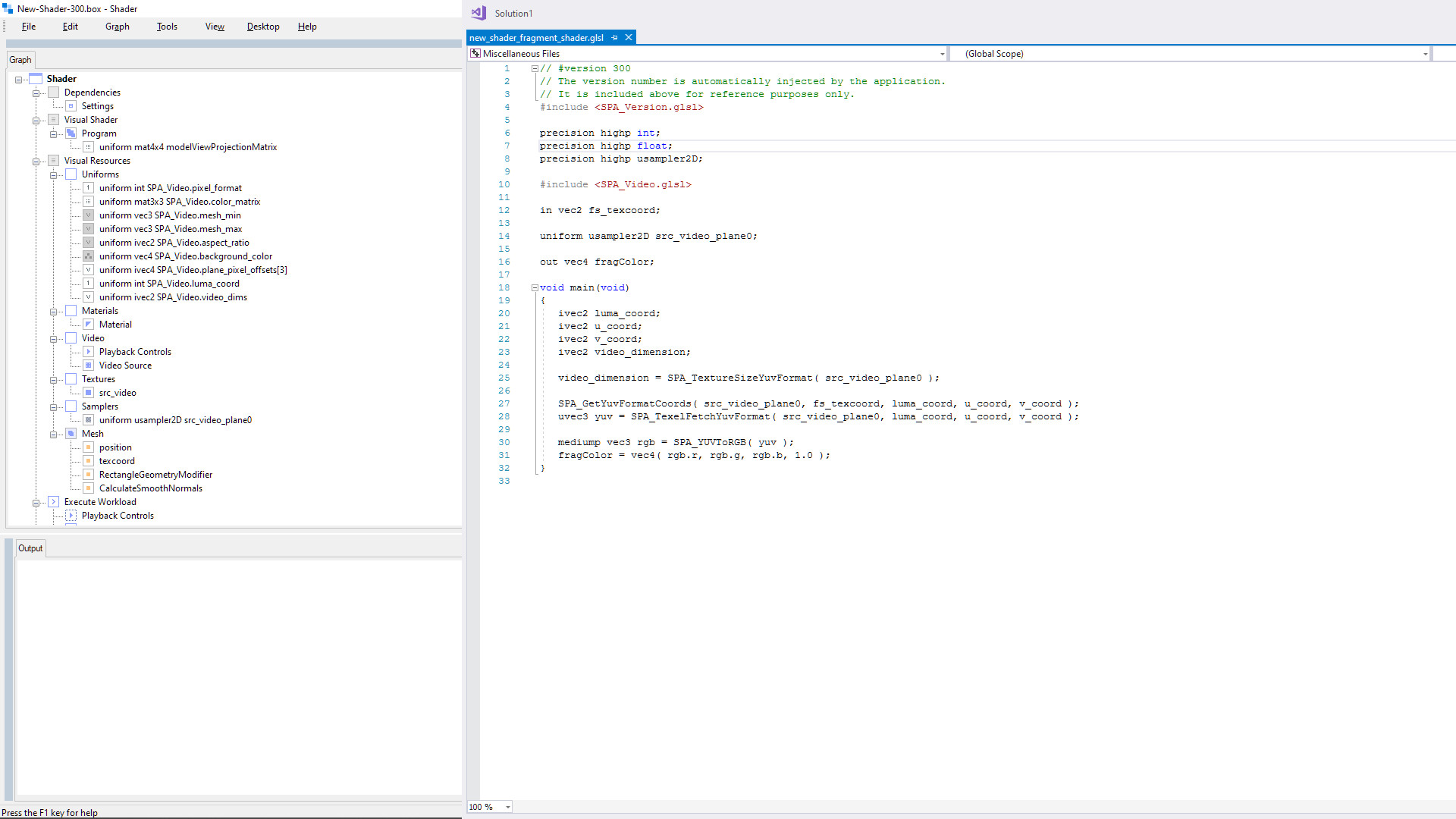 When you rebuild your shader document, you'll find things like samplers and uniforms in the document, just waiting for you to set their values. Create custom textures in almost all OpenGL® texture formats.


With Scenome® Video Module ($29 US), you'll be able to write shaders for live or pre-recorded video. See changes in real-time, as you work, editing uniforms as needed during development. Scenome® Video Module includes the video front end and back end tools you need for efficient shader authoring. 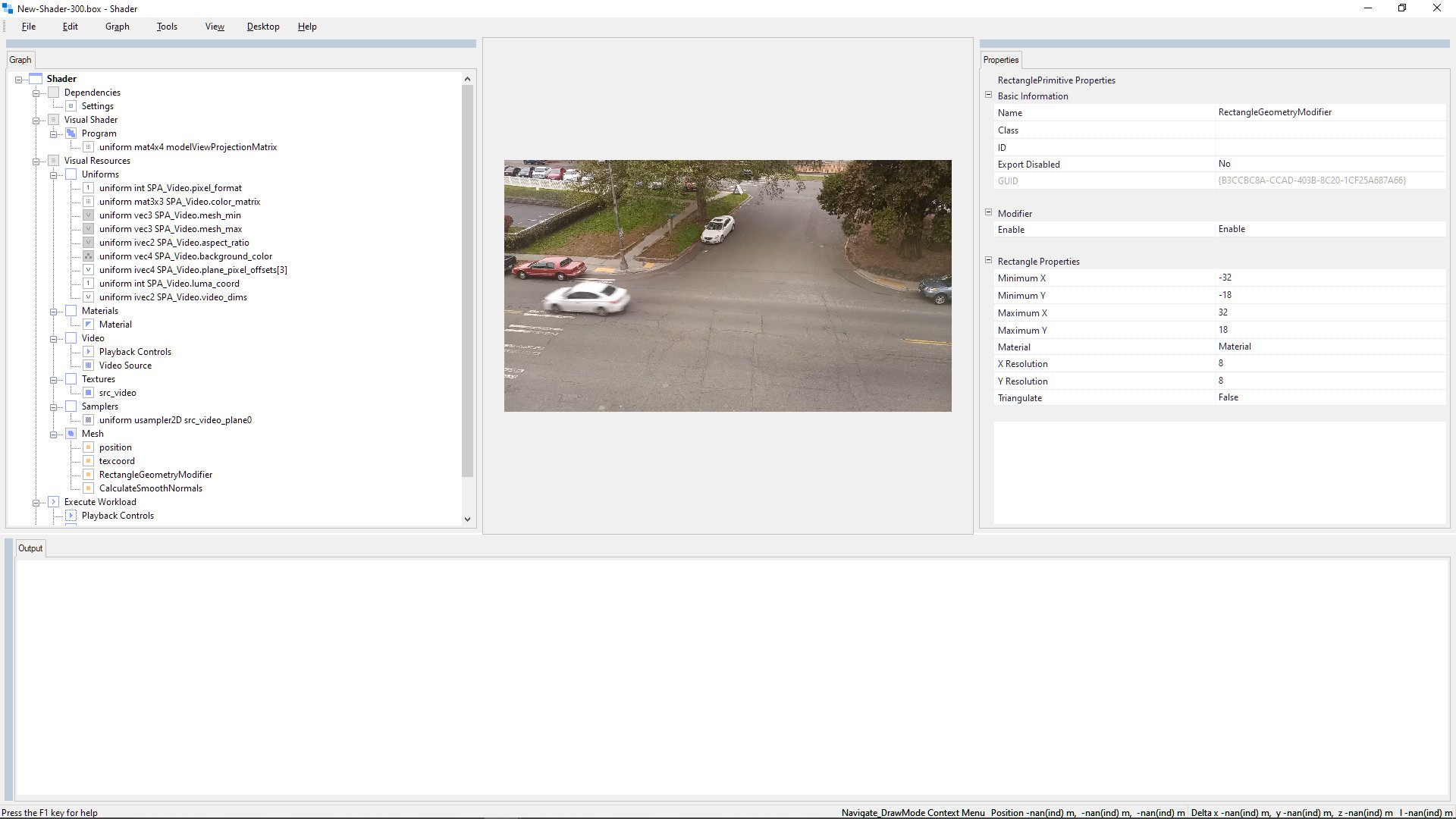 Connect a video camera that has an RTSP stream, and Scenome® will display your video correctly, automatically sensing aspect ratio changes and format changes to keep the video display accurate.

You can also use pre-recorded video. Scenome® Video Module supports popular formats like .MPEG and .MP4. You can play, pause, loop, and review. 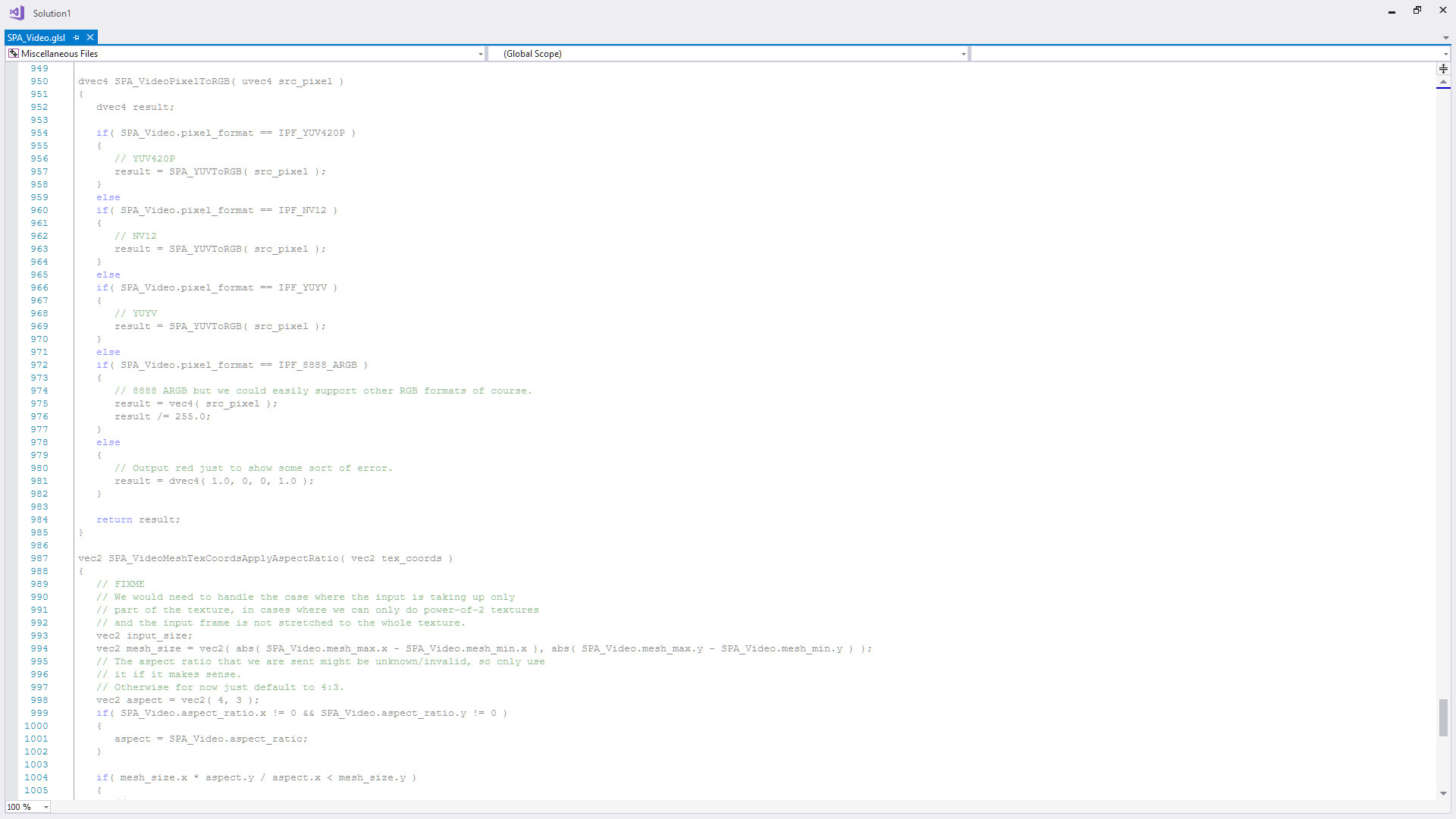 Shaders For Windows®, Linux®, and Raspberry Pi®, Easy As Pie! 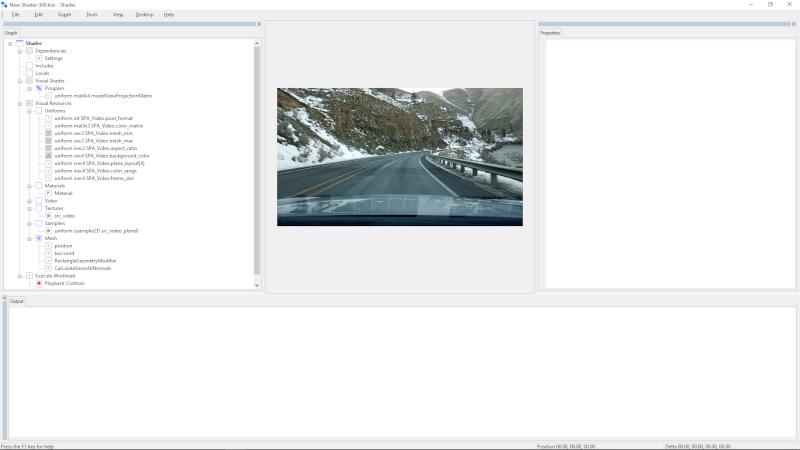 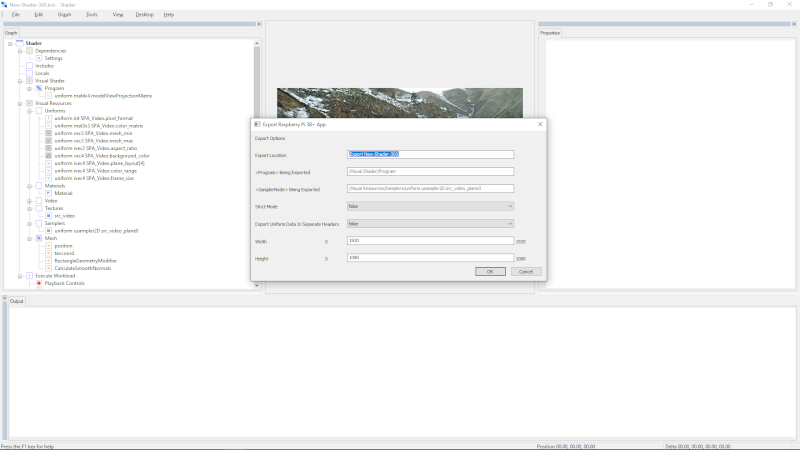 Exports .H and .CPP files that implement the application, all OpenGL® calls, along with a Visual Studio® solution files, or makefiles on Linux®, and everything else needed to compile a complete OpenGL® application. 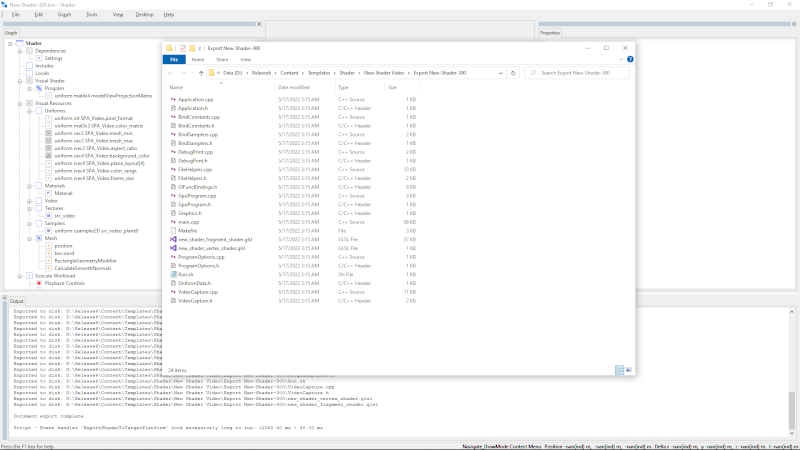 Build the exported application and see your shaders running in seconds.


Scenome comes with all the features you need to be successful. There are numerous sample shaders, the application is extensible via scripting, and there are step-by-step tutorials with thousands of pages of API reference documentation. 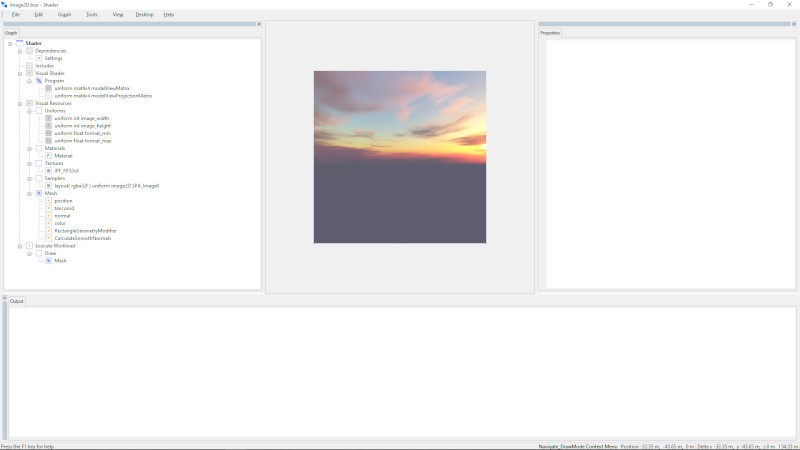 Thousands of working shader examples help you get real work done instead of writing shading language boilerplate. OpenGL® is so much easier when you start with working shader code. 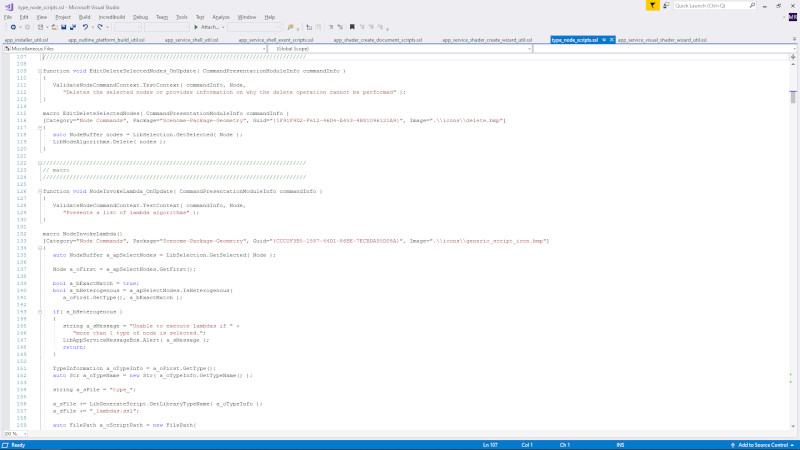 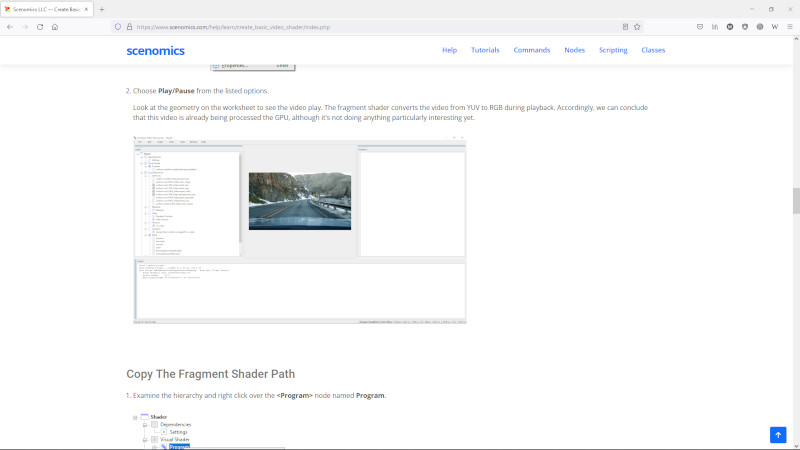 Access amazing documentation, including step-by-step tutorials that show you how to create shaders, test the features of your GPU, or use Scenome Scripting Language API.